Review: Childcare & Community Work in Tanzania by Sarah B

I knew that I wanted to travel during my summer before starting university, so when my friend found out about Projects Abroad and their 2 Week Special programme there was no stopping us. We decided straight away that we wanted to go to Tanzania and spent last year planning and raising the money. We held events, including a Zumba night at our school, bake sales, car boot sales and sponsored swims, and eventually reached our targets. When the day finally came and we arrived at Kilimanjaro airport we couldn’t believe it was actually happening.

We arrived with two other volunteers at the host house at about midnight after a day of travelling and were shown to our rooms. There were already three volunteers fast asleep on the bottom bunks of the beds so we couldn’t help but laugh as we climbed onto the top bunks and tried to figure out the mosquito net for the first time in darkness.

Children in Tanzania The next day we met the rest of the volunteers who were on the same project and living in the same host house. All together there were fourteen of us plus two Projects Abroad co-ordinators. This included five Italians, two French, two Swiss, one Danish, one Belgium and one English. It was nice getting to know people from different countries and finding out about how their lives differ from our own.

During my time there, we would spend most evenings at the house where we had movie nights, game nights including charades and “who am I” and I learnt many new card games. Due to there being so many of us living in the host house we didn’t see a lot of the family that lived there as they stayed in a separate building, however, they cooked for us and when ever we were able to see them they seemed lovely.

Volunteering in Tanzania The food is one thing that I found a challenge during the trip; however, I made sure I tried everything and am proud of myself for truly living the Tanzanian culture. I was pleased we were able to make a few trips to a local supermarket and I could treat myself to some chocolate.

Our work placement was at Tumaini for Africa Orphanage. This was a 45 minute mini bus ride along a dirt road where we were able to see how many Tanzanians live. Though most of the people we saw seemed to have very little, everyone smiled and waved to us and always looked happy.

During our mornings at the orphanage we built a chicken coop. We started by digging and making the foundations, then began mixing cement by hand and laying the bricks. A lot of the work involved forming chains to pass heavy buckets full of sand or bricks to the building site. It was very hard work at times, especially in the heat and I did come away with some cuts and bruises, but it was worth it to see the children fill it with chickens when we were done. This chicken coop would provide a home for 30 plus chickens that give many eggs for the orphanage to sell and make money and would also provide nutrition for the children.

Free time During the afternoons at the orphanage we were able to play with the children and teach them a little English. We took drawings of letters, numbers and animals for them to colour and learn the English, and also little games and toys throughout the week that they loved. My favourite time of the whole trip was playing with the children, as they were all so lovely. It was also the most rewarding feeling to see how happy they were when we arrived each day. On the final day at the orphanage they sang and danced for us and we presented them with many donations of which they were all very grateful.

Throughout the two weeks we were also involved in many workshops and other activities. We had a Swahili workshop to learn the basics of the language, a cooking workshop where we made samosas, soup and pilau, and a Maasai culture workshop. The day after the Maasai workshop we had the chance to visit a real Maasai village. Maasai culture is like nothing I have ever seen before as each compound consists of a man with each of his many wives owning a hut in a circle with space for livestock in the middle.

It was really interesting to learn about their beliefs and ceremonies, however, to be truthful I was a little nervous going, especially when they mentioned that we will be watching a goat being killed and eaten! That was definitely an experience I will never forget. At the weekend we were able to go on safari where we saw zebras, wildebeest, monkeys, elephants and more… it was amazing.

The next day we went on a hike to a waterfall on Mount Mary. This was difficult at times crossing streams on rocks and climbing steep land, but the views were beautiful and we had fun. Other trips in the two weeks include the cultural heritage centre, a meal with African drumming and dancing that everyone got involved with, a snake park where I had a camel ride and a Maasai market. Additionally we were able to visit a Maasai school that had been recently set up by Projects Abroad and we could see how it was really making a difference in the lives of the children.

I think the whole two weeks was an amazing experience that I will never forget. It’s made me more independent and aware of other cultures, which will help me greatly in my future. Being with the children and helping to teach them some English was also a great help as teaching is something I am interested in pursuing as a career. I would recommend this to anyone looking for an experience they will never forget. 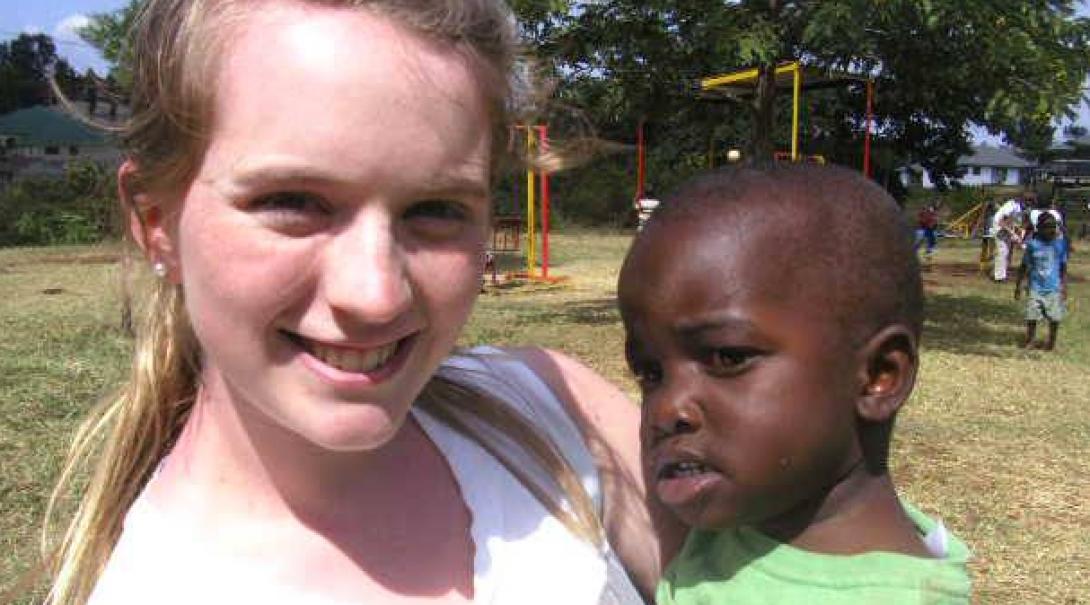