I remember feeling nervous and daunted by the scale of the trip for a few weeks beforehand. I was told by several people that this was completely normal but it didn’t calm me down much. If this is also your first time away from home (without family/school) be prepared for a few sleepless nights and a jittery stomach.

However, once you arrive at Bucharest the feeling of panic disappears. I was lucky enough to be able to arrange to travel with another volunteer, but even if you are unable to arrange this, the sight of the smiling Projects Abroad Desk Officer, Alex, and any other members of the team he brings along, is enough to calm even the most nervous traveller.

My first days in Romania

Driving into Brasov from Bucharest, you are first hit by the considerably old fashioned style that the rural population live in. However the vast fields soon give way to a maze of flats, halls, shops and restaurants in the new city – built during the communist era. For all its uniformity there is a sense of buzzing life here which follows you into the old city centre – where the wide, sweeping roads and tower blocks are replaced with narrow, winding cobbled streets and breathtakingly colourful medieval architecture.

I was lucky enough to be living in the old city centre, only a few minutes’ walk from Piata Sfatului and Str Republichi – the social centre of the city. Alex helped me and two other volunteers to settle with our host family – we were very relieved to discover that although our host mother didn’t speak English, both her son and his wife did. Despite the slight language barrier between us and our main host it proved surprisingly easy to communicate through sign language and the few simple phrases we knew between us.

Another volunteer, Sarah, and I planned and ran many activities for the children at the care centre, all of which seemed popular – although certain activities were appreciated more by the older children than the younger ones and vice versa. It seemed to be mainly the simple activities such as colouring and collage work that were the most popular. We also used bean bags to play a relay race, which was great, and organised a three-legged race, which was very popular! Other activities included finger painting, friendship bracelets, puppet work and biscuit decorating. The older children and staff also seemed very keen to practise their spoken English, as well as helping me to come to terms with some common Romanian phrases – an added bonus!!

The staff were very welcoming and more than happy to explain the day-to-day goings on at the centre, as well as allowing us to get involved. The staff were all keen to join in with the kids and help us to explain the activities, as well as being very complimentary about the results; most of the work we have done with the children now had pride of place on the walls, contributing to the already cheery atmosphere of the centre.

I was very pleasantly surprised by the quantity and quality of the toys available for the children – everything from toy dolls and Lego for inside play to a large trampoline in the back garden! It seems that the children are all very happy and the staff are all dedicated to helping the children and giving them a better life.

Getting to know other volunteers

As you can imagine there were plenty of chances to get to know volunteers who were doing other types of placements in the local area. Most notable was the 'Dirty Event' which took place towards the end of my second week in Romania. This involved all the volunteers from the different projects getting together and take part in some form of community based activity. As it happened the event was at our placement - we helped to renovate the front perimeter wall and gate. This was a most memorable experience and, although very tough, the results and evident appreciation from the staff made all our efforts worthwhile!

Travelling in my free time

As the weekends were our free time there were plenty of opportunities to travel and see the local sights. I took the opportunity to visit Bran, the location of a magnificent castle; allegedly that of Count Dracula, upon whom Bram Stoker based the protagonist of his novel ‘Dracula’, although there was a distinct lack of any mention of vampires. I also visited Sibiu – a beautiful historical town near Brasov, for the day with a few of the other volunteers as well as staying in Constanta, a resort on the Black Sea coast, for a weekend. I also had several opportunities to look around the old city centre and spent many hours wandering the streets and admiring the sights; the ‘Black Church’, the Saxon Fortifications surrounding the city and ‘Rope Street’ (allegedly one of the narrowest streets in Europe), to name but a few.

I also visited a local holiday club for a morning during my last week. This was a great opportunity to see another facility which helps to provide for the less financially secure families in the city. I was pleasantly surprised to see the quantity and variety of toys and games available for the children to use. I was also able to plan an activity to do with the children – we made musical shakers, as this was fairly simple to explain and had been very popular when Sarah and I did the same activity at our placement. As I had expected it was very popular – I expect due to the amount of noise the children discovered they could make with a cup full of pasta! I found that the staff at the holiday club were also very keen to practise their spoken English and to encourage the children to do so – and as a result was personally introduced to each child and member of staff in English!

I feel that my experience has been, overall, very rewarding although emotional at times and highly beneficial for the children. Certainly in that the time we were able to devote to them and the sort of activities we did with them were so well received and would not have been available to them had we not been there. I loved my time at the care centre. I found it to be as rewarding an experience as I had hoped.

From a personal perspective, my time in Romania helped me to become more independent and able to cope with unexpected and difficult situations. I also found that living with a local family in the centre of the city of Brasov helped me to immerse myself into the Romanian culture and truly make the most of my time there. I would definitely be happy, given the opportunity, to return there in the near future. 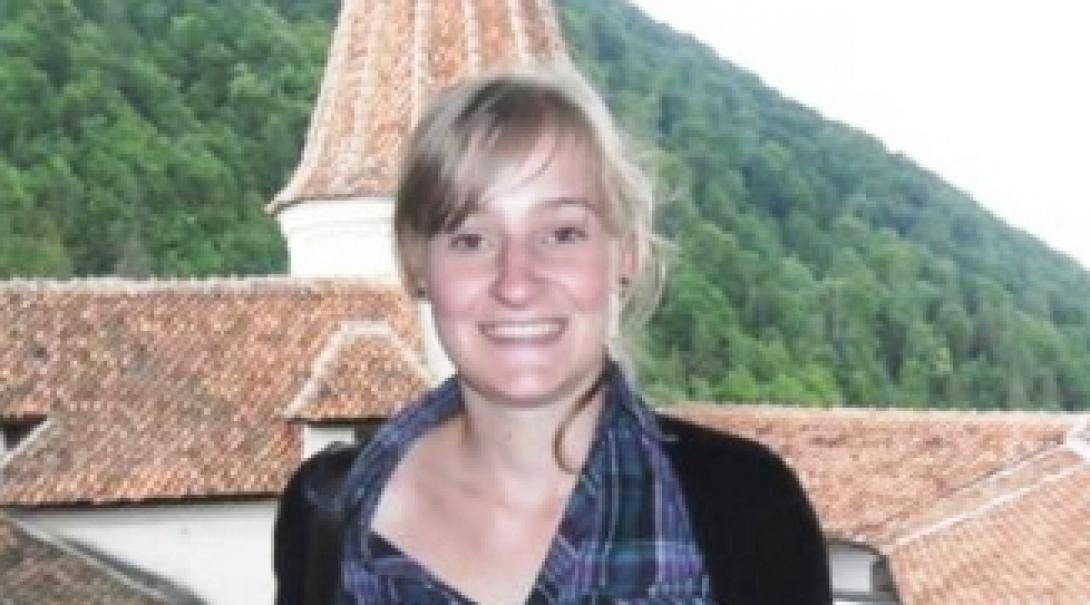