Doing anything independently for the first time is scary especially if you’re doing it in a country you’ve never visited. That’s exactly what I went through when I volunteered on a Public Health project in Cambodia.

I signed up with Projects Abroad and officially started my two-week project in early July. I arrived a day early so that I could settle into my new home for the next two-weeks. It turned to be an amazingly beautiful country filled with good ice cream shops and nice shopping malls.

When Monday came around I was introduced to the rest of the volunteers. All of us were high-schoolers and it was really interesting and fun to be able to meet people from other countries. There was a great mix of cultures in my group. On the first day, we were shown various tactics that we would be using in over the next few days, including checking blood sugar and blood pressure. Our project coordinator was a really nice person as well, very approachable and more of a friend than a coordinator. This really helped me settle in right from day one as it didn’t feel awkward to be open around any of the staff members or coordinators.

Most of our time on the project was actually quite relaxed. Every other day, half of our group were allocated to teaching young elementary students about the importance of hygiene and the other half helped with check-ups in the local village. On other days we spent time at a kindergarten where we taught hygiene classes and afterwards we did check-ups with the local residents. One thing I realised among the adults was that high blood pressure was common which could lead to diabetes and other complications in the future.

Not only were we doing check-ups on people who seriously needed them, we also learned a thing or two about what the numbers really meant. In our main office we were given several things to learn, including how to read blood pressures. I found this really interesting as we could actually learn more about why we used specific methods. We also discussed a few special cases with the other more advanced Public Health volunteers that included medical students and their coordinator. At first I thought that our input would not be taken into consideration considering our age, but I was wrong. They really listened and considered what we had to say. It was a great feeling as it allowed us to share what we had learned throughout the project.

Our final week included visiting a specially designated hospital for patients with leprosy. I was cautious at first since there are common taboos about this disease where I am from. I learned to be more understanding of these people after attending lectures that educated us on leprosy and the stigmas attached to disease. It was really eye-opening.

Even though we were only high school students, we made a significant impact in the lives of the people we diagnosed and treated. This was truly a gratifying feeling. It helped cement my further goal in life, which was to become a medical doctor.

During our free time and over the weekends we had a lot of fun visiting the local tourist attractions and temples in Cambodia. We went to Siem Reap, where a few incredible temples were located. We also had a lot of fun eating at Blue Pumpkin, which became our go to hangout place. Being able to socialise with the other volunteers in our group made the project that much more worthwhile.

Overall, joining this project was one of the best choices I ever made. Being able to help people, learning new things and being able to connect with people from different walks of life made the experience an unforgettable one. In just two short weeks I have made countless new friends and hopefully also helped a multitude of people. Just looking back on those memories gives me a heart-warming feeling, and hopefully one day I will be able to go back. 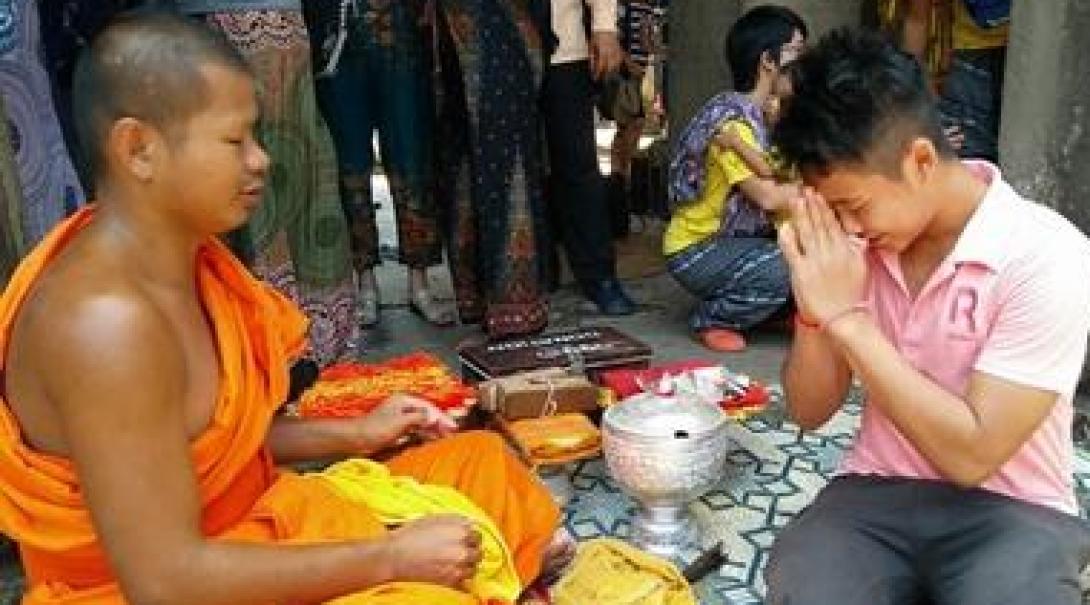