Review: Medicine High School Special in Tanzania by Joy I

My decision to volunteer in Tanzania

As a pre-medical student, I wanted to gain some work experience in the medical field before applying to university, and this seemed like a decent excuse to go to Africa! It was always an ambition of mine, and to finally go was incredible. I had planned to make full use of my summer before I applied to university and I had never even been away from home without a friend before, so this was a different and quite scary thing for me to do.

My host family in Arusha

There was an unusual set up for my medical group: all eighteen of us were given the same host family, who owned a sort of hotel. This, whilst not being as immersive into the Tanzanian culture as some of the other host families, meant that our group really bonded as we spent all of our time together!

As a result, I was exposed not only to Tanzanian culture but also to those of all of the other volunteers - a very varied set of people, with people coming from all over the world. Many hours were spent laughing over the strange quirks of all of these different cultures - particularly when the English got so desperate for tea that we bought a box of Tanzanian ‘English breakfast’ tea bags!

We were all welcomed into the family and, typically of the warm Tanzanian culture, immediately told to call our hosts ‘Mama’ and ‘Baba’- mother and father. We made good friends with their cheeky eight year-old daughter, and were generally accepted into the family immediately. It was lovely to feel so comfortable at our home, and we all received small parting gifts from the family when we left.

We were served Tanzanian food every night - the highlight of which was a banana stew that Mama showed us how to prepare. Nobody had much trouble adapting to the food, which seemed to consist mainly of stews or beans with rice or noodles. The occasional fried chicken was most popular, naturally!

As a pre-medical student, I was not expecting to be able to actually do a lot of medicine, and this was generally true. However, the workshops that we did most mornings in the hospitals, taught by the Tanzanian doctors, were fantastically informative and taught me a lot about the healthcare in Tanzania, from a presentation about tropical diseases, their symptoms and treatments, to a surgical workshop. This was another one of my personal highlights; as an aspiring surgeon, I was bound to be excited by a surgery workshop, so when we were each handed our own dead chicken and taught several different stitches to use on them, I loved it. But everyone enjoyed the workshop - not just the surgeons!

Whilst a lot of the 2 Week Special Medical work consisted mainly of observation, we did do some practical activities that truly gave back to the country including a medical outreach which was the highlight of my trip. This was the day when I felt like I was genuinely helping people in a direct way as we were thrown in the deep end, armed with a stethoscope and basic Swahili!

We travelled out into the dusty outskirts of Arusha and set up a drop-in clinic for the local Masai who came for basic healthcare. After some briefing and demonstrations, we were split up into three groups. I was first interviewing the patients, taking their blood pressure and temperature, then observing the doctor’s interviews with them and his diagnosis and then finally making up their prescriptions. This was not only really useful medical experience but also a very educational, worthwhile project.

We also had some amazing cultural experiences, which weren’t specifically medical-related but made the placement even more immersive in the Tanzanian way of life. For example, we spent a day out in the desert-like wilderness with a tribe of Bushmen, and watching them hunt was something I will never forget. They even killed and skinned an impala (like an antelope) while we were there, luckily, as pre-medical students, most of us had strong stomachs!

We also went on safari in Ngorogoro National Park, which just made my experience complete. We saw giraffes, elephants, wildebeest, zebras, monkeys, buffalo, lions and even a rare cheetah!

I wanted to push myself to do something that I would never normally do and know that I was doing something positive with my time and I’m glad I did it; it truly was an unforgettable experience. 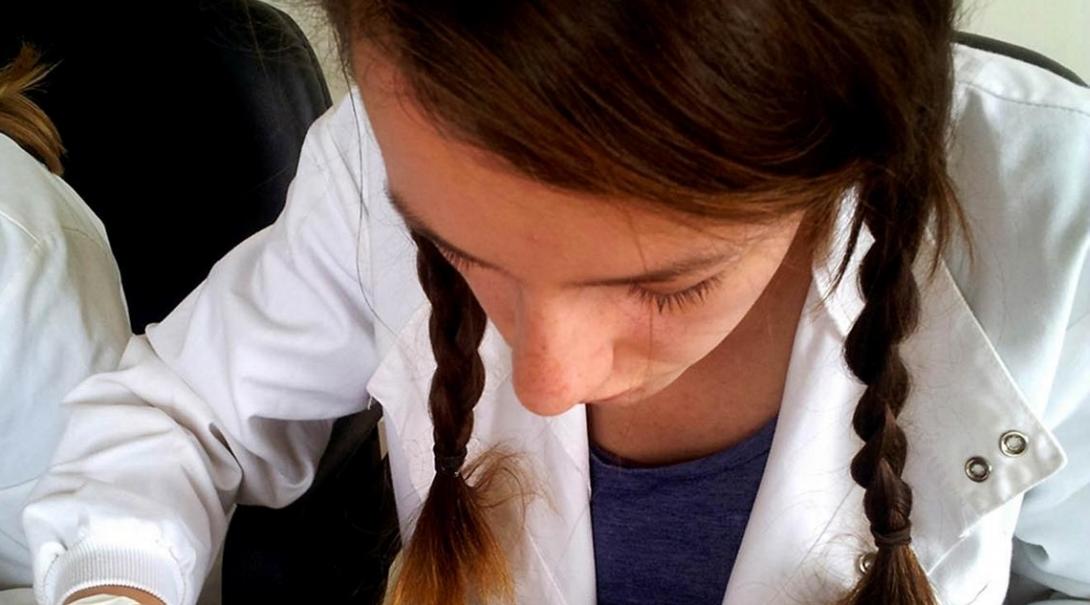