Mongolia is a country that I always been fascinated by. The sparsely populated countryside offers a stark contrast to the urban sprawl of its capital city, Ulaanbaatar. The unique nomadic lifestyle – living in gers, living off the land, accompanied by fermented mares’ milk as the refreshment of choice – is a distinctive way of living too.

I was also keen to volunteer again, having not really had the opportunity to do so since a stint in Uganda back in 2013. The unique challenges I was posed with there – class sizes of roughly sixty students in cramped rooms, one textbook between the whole class – would, I thought, stand me in excellent stead for my time in Mongolia. However, as I was to find out, my teaching experience here was to stretch and challenge me in a very different way.

After my induction at the Projects Abroad office, my first step was to meet and move in with my host family. The father, a tour driver, and the mother was a head teacher on summer break. Neither spoke English. Their youngest child, their son, was on army duty, meaning I was able to stay in his room. They also had two daughters, an accountant and a recent university graduate - both of whom did speak excellent English, to my good fortune!

Their apartment was in a suburb of Ulaanbaatar that, while central, with brightly lit buildings and English signs, was decidedly tourist free. Russian-inspired high-rise towers huddled together with broken-slabbed pavements, puddled dirt tracks and half buried, dust-etched tires stuck into the ground. A suburb would be home for the duration of my placement, and a place I found to be a genuinely immersive and fascinating one.

I learned much about Mongolian culture and lifestyle from my hosts, from etiquette tips (do not leave your bag on the floor!) to recreational pastimes. Most memorably, ankle bone games, which proved to be very addictive! They also showed me around the city and took me, and a couple of my fellow volunteers, on a day trip to Terelj National Park. I had a great time with them, and am still in touch!

The community centre where I worked in Ulaanbaatar looks after the children of single mothers in the area and has a dedicated classroom attached for teaching. My Teaching Project involved taking two separate classes; a morning one of 5-8-year-old children who spoke no English whatsoever, and an afternoon one of teenagers who could speak English but struggled with expressing themselves in the language.

The fact my morning class spoke no English was a huge challenge for me – in Uganda, the kids spoke it fluently – and I had to strip things right back to basics, focusing heavily on phonics. To help the kids with this, I would perform silly actions and get them to do them with me; for example, for ‘s’ I would hiss and twist my arm around in the motion of a snake; for the ‘ch’ sound, I would mimic the wheels of a train in motion whilst making the accompanying train sound, and so on.

There is a reason my day job back in London is to work in a high school rather than an elementary one; namely, this just is not the sort of thing I normally like to do! However, crazy as it felt to do it (and crazy as it must have looked to the kids!), I got into it, and I managed to make some headway with them.

The afternoon teenagers presented a different challenge. Partly because they were teenagers and partly because of the Mongolian education system, they were reluctant and had difficulty in expressing themselves in English. Therefore, it should not have surprised me when I was met with a wall of silence whenever I would ask them questions.

I persisted and worked on preparing and planning my lessons to make them as fun and interactive as possible. When you base your lessons around Facebook and learning the rules of a card game teenagers do respond, and I gradually felt I was finding my groove with them too.

By the end of my time at the community centre, the younger children could say a few basic phrases and had progressed to the point they could form simple words when we put the sounds together. I am not going to lie: I was very proud when my supervisor told me I had ‘done great’ with them. The teenage group had come out of their shells too, expressing their opinions and interests a bit more confidently. For instance, one of them felt comfortable telling me exactly what he thought of Donald Trump!

It was, as expected, difficult to say goodbye to all involved, but everyone held it together and there were no tears. It had been a great two weeks at the project, and it felt good to have made a difference, no matter how small, to the education of the children there.

Highlights of travelling in Mongolia

I was fortunate to see a lot of this fascinating country when I was there. I’ve already mentioned my visit to the beautiful Terelj National Park; I also spent a few days in the stark, desolate beauty of the Gobi Desert and got to see the ancient capital of Karakorum, plus the surrounding Orkhon Valley as well, another achingly beautiful and scenic region. Mongolia is not short of those.

However, my two travel highlights came back in Ulaanbaatar. First, the Naadam Festival. If you can coincide your time in Mongolia with the festival, which takes place in early July, you really should check it out. A bright, vibrant affair gets everyone in a festive mood. Secondly, I got a fascinating insight into the world’s most secretive nation by eating in the North Korean Pyongyang Restaurant. It was a unique and sometimes unsettling experience, but a very memorable and fascinating one!

The overall volunteer experience was great. Whether it was scoring a ticket for a cultural concert or sorting out a temporary phone for me, I was well looked after by all of the Projects Abroad staff. I also met many great volunteers along the way, many of whom I am still in touch with.

At the community centre were a group of about ten high school-aged students of various nationalities, who were also volunteering, with a mix of manual labour – the community centre was expanding, and among other things needed help laying the foundations for a new building – and playing with the pre-school children who were too young for my lessons. They were a great and impressive bunch of kids, and I admired their maturity and work ethic.

I was able to meet other volunteers from other programmes too, ranging from Journalism to Human Rights through to Healthcare. This was thanks to Projects Abroad’s coordinated get-together's such as karaoke and the aforementioned cultural concert. There was also a ‘community day’ when all volunteers combine to work on an outreach project…which, in our case, so happened to be at my project! Having the opportunity to meet regularly with fellow volunteers provides such a great network of support and, indeed, friendships.

Overall, I had a wonderful time volunteering in Mongolia. Yes, it was not all plain sailing, but you really do learn so much about yourself and gain a new perspective – clichéd as that sounds – when volunteering overseas. Even grizzled old hands who have done it before like me! On that basis, I do hope some people reading this will give it a go. If you approach it with the right mentality, you will get so much out of it. Good luck! 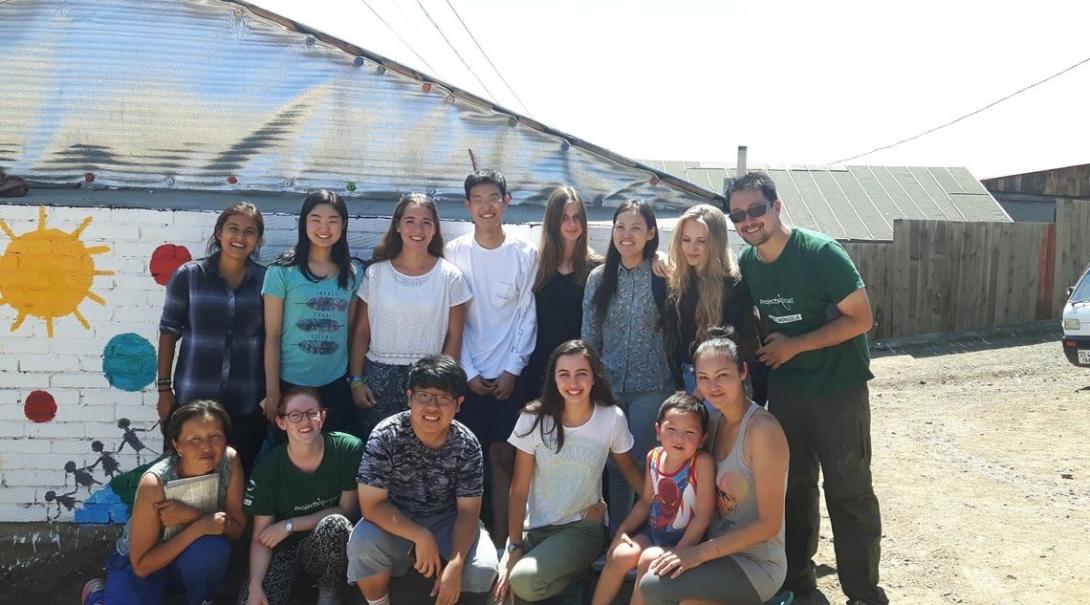