When I decided on staying in Thailand for 6 weeks, I figured it was a good amount of time; I didn’t want to be away from home for too long. However, when it came time to leave Thailand for home I found myself wanting nothing more but to stay longer.

I still find myself dreaming of being back in Thailand, and am certain the experiences I had will be some of the greatest of my life. From the second I arrived in Thailand I could see just how exciting my time spent there was going to be.

Because I arrived on a Friday my fellow volunteers had planned to go beach camping for the weekend, and as I did not want to spend my first weekend alone, I opted to join in. My first experience in Thailand was going through the local market after meeting a few of my fellow volunteers and following their lead as we bought food, drinks, and other supplies for the weekend.

All the other volunteers were extremely friendly and welcoming and by the end of the day I felt that I was a part of the team. When we arrived at our living accommodation I was shown around the site by a few of my new friends and was introduced to the local staff. I was absolutely amazed at our living arrangements.

The place I would go on to call home for the next month and a half was an isolated paradise situated right on the beach nestled under the shelter of palm trees and other tropical plants. I could hear the ocean from my bed, and the kitchen had a gorgeous view of the ocean, not to mention a beautiful and unique sunset every night.

Diving and volunteering on the Conservation project

I spent the first two weeks training to get my scuba certification and found the dive staff that Projects Abroad worked with to be incredibly friendly and would even consider them to be more of friends then authority figures. Much of our free time was even spent with the staff either playing soccer, or football as I was corrected many times, watching soccer games at a local bar, or spending a night out in the town, dancing at clubs, roaming the markets, and trying out the local cuisine.

Once I was certified I was able to join up with the rest of the volunteers and spend my time with them diving three days a week working on the coral reefs, which was absolutely amazing. The marine life and environment is one of the most stunning and memorable things of my trip, and consequently made our job feel less like work, and more like a vacation. That’s not to say we were slacking or not being productive.

My time in Thailand happened to be during the King of Thailand’s birthday, and along with all the amazing ceremonies and events that are put on in his honour, a lot of work is done in his name. The Projects Abroad team spent a weekend working with the local government and other conservation teams to help clean up local coral reefs in areas that are especially polluted. It was an amazing time as there were many people out at once diving and cleaning up the ocean.

There was a huge opening and closing ceremony that took place, and I even had the opportunity to be interviewed by a local Thai news network! On the days we weren’t diving we were either working in the jungles planting trees, or out on special jobs. One of these special jobs was presented to us the second week I was there as we had the opportunity to work at an elephant hospital where we bathed and cleaned them, and addressed any medical concerns they had.

Another special job had us journey up to Phuket to work at a Turtle Sanctuary where we cleaned baby turtle enclosures and literally had dozens of turtles right at our finger tips. Having the ability to see so much of Thailand up close and the opportunity to work some once in a lifetime jobs was something that I not only enjoy bragging to all my friends about, but is something I will never forget.

The most important part of my time in Thailand for me though was the connections and friendships I made with the volunteers that came from all around the world and the locals in Thailand. It’s crazy to think how holding a conversation with someone and simply talking could be so enjoyable, but in a world where it seems everything is turning digital there is something to be said about face-to-face communication.

Being able to share your own country’s culture and practices while learning about another’s first hand is something I really grew to enjoy and was also a big eye opener for me. I now have friends from Thailand, France, Switzerland, Norway, China, Amsterdam, and the UK, that I still keep in contact with.

Overall, my time in Thailand was something I will cherish forever, and gave me so many good memories the only thing that would have made it better would be staying another 6 weeks! 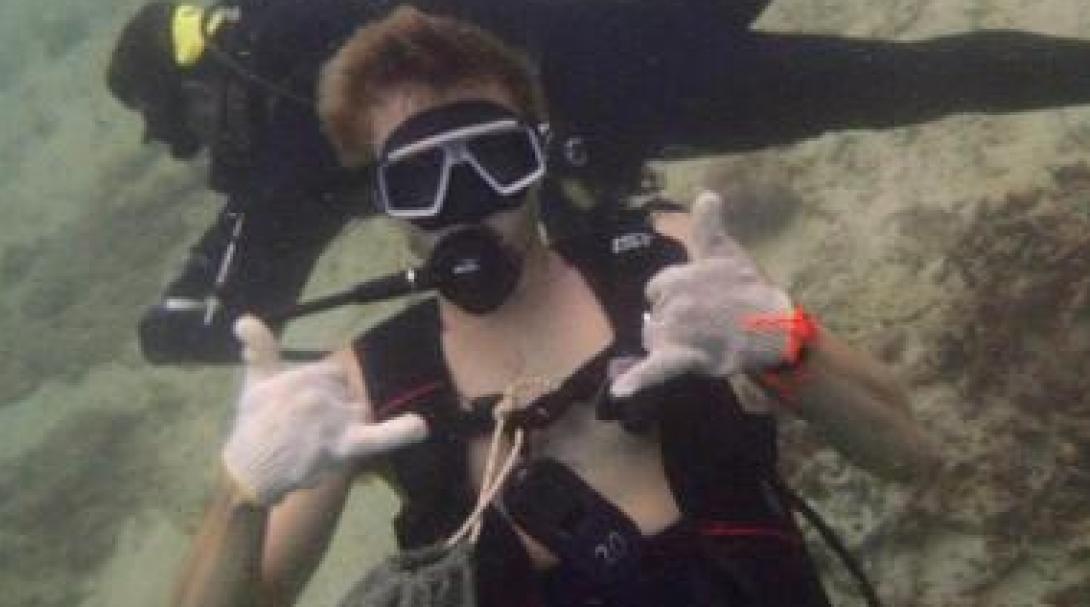