In the summer of 2017, between August and September, I joined Projects Abroad on the Building Project in Kathmandu. I stayed for four weeks and had an incredible, immersive experience in Nepal. It was one of the best times of my life.

Upon arriving in Nepal, I was met at the airport by a Projects Abroad staff member and I was driven to the Prince Hotel near Thamel, where I spent my first night. The next morning, I met my Volunteer Coordinator who helped me get a phone to use whilst I was over there, and withdraw some local currency, before taking me to my host family.

For the duration of the project, I stayed in Bagdol with Ram and his family, roughly 20 minutes from both the building site and Thamel. The house had bunkbeds and there were enough to fit about 20 volunteers. When I arrived, there were five other volunteers staying there. I felt at ease straight away, chatting with Ram as he showed me around. Soon after, the other volunteers arrived home from work and I met them for the first time. They were all very welcoming and I felt very comfortable as we all went out to dinner that night.

The next morning was my first day at work. I had breakfast with the other volunteers and then we walked to the pickup point about five minutes away. The bus ride took about 20 minutes and was very bumpy and dusty. I chatted to some of the other volunteers and my Volunteer Coordinator on the way. When the bus stopped, we had to walk to the site down a dirt road, past some houses. The locals were all very friendly, greeting us with ‘Namaste’ as we passed.

When I arrived at the site, I was greeted by the engineer who was in charge of overseeing the project. He showed me around the site before letting me join the other volunteers. He then explained our task for the day. The tasks we had to complete varied over the duration of my project, and included bricklaying, cement mixing, metal shaping and backfilling. The work was quite physically tough, but there was a relaxed, encouraging atmosphere on site and in no time, it was very enjoyable, working alongside the other volunteers and local mason workers.

We ate lunch on site every day and the food was always Nepalese cuisine. A personal favourite of mine was Momos, a kind of dumpling dish we ate on Tuesdays and Fridays. Each day, we’d finish work around 3pm and head back to Ram’s to shower and rest.

Spare time in Nepal was either after work (provided you weren’t too tired) and on the weekends. In Kathmandu, I spent time in Thamel to eat with other volunteers, go out and go souvenir shopping and sightseeing. There are also a number of beautiful temples in Kathmandu, all a short, cheap taxi ride away. My favourite that I saw was Boudhanath Stupa, a huge white stupa with lots of other sites nearby, such as a monastery. I visited Pokhara with Projects Abroad. It was stunning and full of things to do, such as visiting the World Peace Stupa, Yellow Buddha, and also opportunities to go paragliding and bungee jumping nearby. Whilst it may be a long (eight hour) journey to Pokhara, it is 100 percent worth it. It is one of the most beautiful places I’ve ever seen.

My last day at work was bittersweet. I was excited to be heading home to see my family and friends, but sad to be leaving after having such a great time. There was a leaving ceremony on site, where the principal and workers all said goodbye and thank you, and gave me a traditional scarf. Projects Abroad organised my taxi to the airport and ensured I got there safely.

Whilst four weeks seemed like a long time, I only wish I could have stayed for longer to experience everything the country has. Volunteering with Projects Abroad was one of the most fulfilling experiences of my life, and I would recommend it to anyone. The work I did, the relationships I built, and the memories I made will last a lifetime. 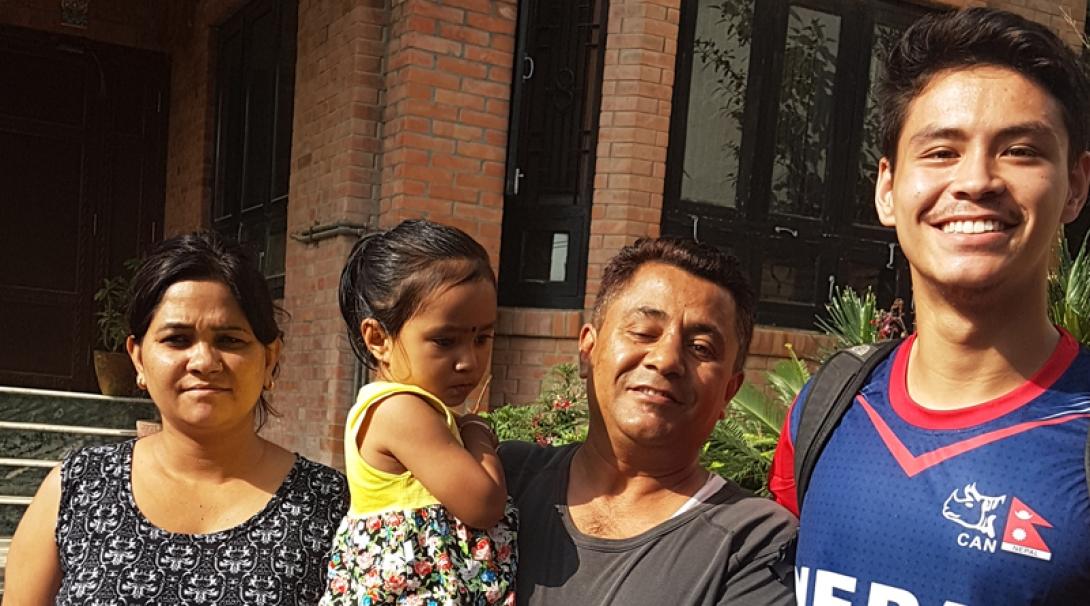