Upon arrival in South Africa, I thought I had a good idea of what to expect. I had spent my final year of university studying South Africa’s recent history and so I thought I knew a bit more than the average person. However, nothing could have prepared me for the fantastic, unique experience I was about to engage upon.

Following a three hour train journey to Manchester Airport, a 2-hour flight to Paris, a 10-hour flight to Johannesburg, another 2-hour flight to Cape Town and a final 30-minute car ride to Parkwood I had arrived. Exhausted and slightly irritable I arrived into what would be my home for the next 3 months.

Upon arrival, I was immediately warned about entering far into the township because of gangsters. It was clear this place was very different to life back home. However, the family were great, very welcoming and friendly, if a bit crazy at the same time. And I had three other volunteers from very different parts of the world living with me which was great- a Norwegian, an American and an Australian.

I arrived on a Friday and so had the weekend to get to know my new family which really helped me to settle in. It wasn’t until the following Tuesday that I had my first day in school where I was informed I would be working with the sports teacher Mr Henn.

This was something that suited me perfectly. I was excited about the fact that I wasn’t assigned a certain class as I would get the opportunity to work with and meet with every single student in the school; all of which were very eager to play sport.

My first few days in the school were challenging, chaotic and completely different to anything I had experienced before. The school seemed quite small but I was informed it actually had around 950 students there, ranging from ages 6 to 14. There was barely any sports equipment and so coming up with sessions proved difficult. The children were so enthusiastic and inquisitive though, asking me so many questions. Being from the UK I was constantly asked if I had met the Queen and if I was friends with David Beckham, Wayne Rooney or Steven Gerrard.

It became clear to me that keeping order and control of the lessons in my early days would be difficult as the children didn’t know me and were very willing to test my patience. One of the most rewarding things of the whole experience was getting over the difficulty of the first couple of weeks and gaining the trust and the respect of the children. I quickly adapted to the different style of teaching at the school and within my first week I was taking classes of up to 50 children alone. It was a challenge but one I thrived at.

I had made it clear to the children from my first day that I was a huge Arsenal fan and I did my best to drill my feelings into them! But as is usually the case, the majority of the children supported Manchester United and would love to come early on Monday mornings to see me and remind me about the weekend football results if things had gone wrong!

With my previous experience of coaching football, I also began to run after school lessons to set up an official girl’s school football team for grades 5 and 6. Mr Henn and I would spend two hours after school trying to teach any girls who were interested in getting involved. The response was overwhelming. These girls had never had the opportunity to learn the game before and on our first session 34 girls attended. We had one ball and no other equipment so the challenge of teaching the girls, keeping them interested and making sure they were enjoying themselves was a large one!

Initially we just had to teach the girls how to kick a ball, as their lack of opportunity in the past meant the training started from the very basics. However, as the weeks went on there was a clear change and improvement in the girls. The most committed girls who turned up every week were clearly becoming great footballers by the time I came to leave. It was one of the most satisfying feelings seeing this improvement and knowing that I had contributed to it.

On my last few days at school I had got some gifts for my football girls and some of the boys I had bonded with at school. I got them all an Arsenal wristband to remember me by which they were all incredibly grateful for. Two of the boys in particular had been coming to see me and speak to me every single break time since my first day and so I had grown particularly close too them. I gave these boys my own personal England shirt and England socks to remember me by. Saying goodbye to these kids on my last day was truly the hardest moment of my trip. My farewells to my fellow teachers, Mr Henn and Ms Solomon, whom had been unbelievably supportive to me, were equally as challenging.

Nevertheless I had a spare few weeks left to explore the rest of the country. Within this time I went on a trip with other volunteers I had met across the garden route towards Port Elizabeth. During this time I got to see more of the beauty of South Africa, seeing some stunning views of the coastline and mountains. On this trip I also managed to fulfil a lifelong ambition of doing a bungee jump. The jump at Bloukrons Bridge was the highest jump off a bridge in the world and so I felt it was a suitable place to start. It truly was an unbelievable feeling!

I cannot emphasise how much I’ve gained from my trip to South Africa. I am regularly asked what my best experiences were but there are so many it is almost impossible to say. My time here has benefited me so much. I have met so many unbelievable people from all over the world and had many priceless moments with the children I taught. Being told that I had made a difference to their lives means more to me than anybody could ever know.

I am hoping to return to Cape Town in the next few years to work and live. I would absolutely recommend this experience to anybody - if you have the opportunity to do something like this you MUST take it. The memories will stick with you for a lifetime!! 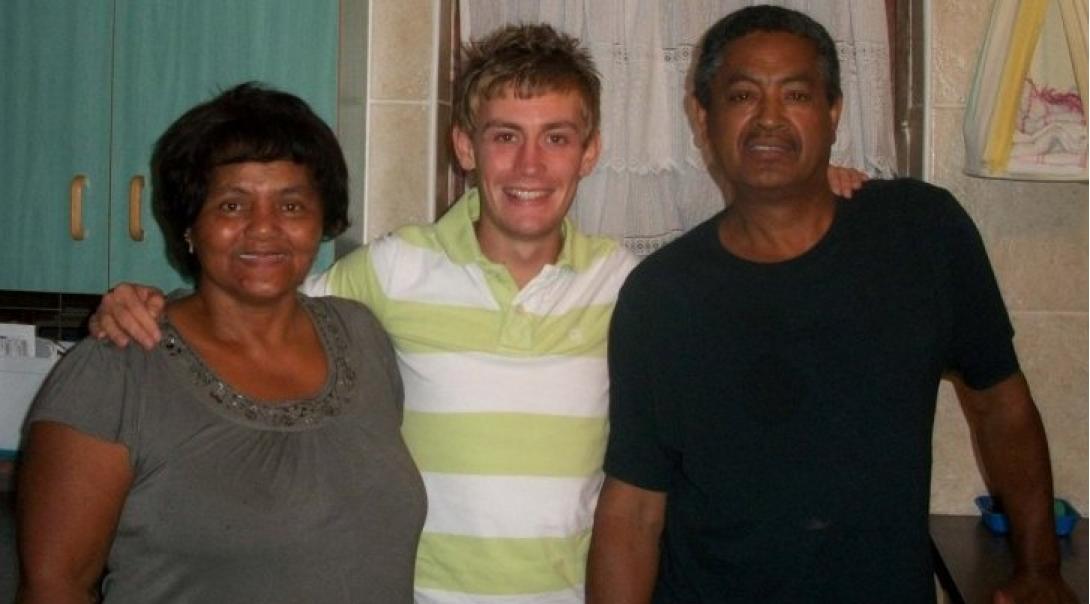