Ok, I’m trying to write a little something about my time over in Mexico. The only real trouble I’ve been having with this task is trying to fit everything into a two-page spread. If I mentioned everything I originally wanted to, then I’d probably be able to write a book or two.

I started my placement during my gap year, before starting University, with the aim to gain some life experience and knowledge of living independently. This experience delivered, to say the least. Having never previously flown on my own before, I had to reschedule my connecting flight (because my first flight was delayed due to the infamous Icelandic ash cloud), and spend my first night in Mexico City. A little daunting, seeing as I knew little to no useful Spanish, but also a pretty exciting start to my stay in Mexico. I guess I wasn’t scared, because the Projects Abroad staff were nothing but helpful and supportive during this challenging period in my travels. They rearranged to meet me at Guadalajara Airport the next day, and also reorganised my tour around the city, allowing me to rest for a day before it all began.

I’d never fully understood the term ‘culture shock’ until I arrived in Guadalajara, where it quickly became evident that absolutely nothing would fail to amaze me. I was always under the impression that Mexico was in Central America. But after around a week in the city, I got on a bus with fluffy pink mirrors and a pirate skull painted on the window, driven in a way reminiscent of an Alton Towers ride. Shortly after, I was joined by a Mexican gentleman and his life-sized inflatable clown. Shortly after that, I looked outside to witness a 5-piece mariachi band and a man, involved in what I can only describe as a musical chase, and a painted mural letting me know that Jesus was running for governor. I then came to the realisation that I had travelled to a different planet altogether. GCSE Geography obviously taught me nothing.

Being a horrendously-uncultured individual, I didn’t know what to expect when I got to Mexico. But I didn’t expect this, that’s for sure. One piece of advice I’d give to anyone travelling here would be to not make any assumption about what they’re about to experience, until they arrive.

The family I lived with during my stay were incredible. Despite the mother, father and eldest daughter not knowing a word of English, they had obviously spent enough time with volunteers with a lack of cultural knowledge, such as myself, to be able to essentially communicate with me in a way that didn’t require conventional language skills. Since coming back to England, I’ve realised that this technique is more commonly known as ‘pointing and charades’. Nevertheless, my Spanish improved tenfold because of their help. However, whenever I was lost in translation, the eldest son (an English teacher in the city) or the youngest daughter did seem to magically appear to aid me in my time of intercontinental communication breakdown.

My work placements were definitely worth the wait of saving up. My first placement was at Secundaria 35, a Secondary school 5 minutes away from my house by bus. I worked alongside the English teachers in the school, where each teacher had their own way of involving me in their lessons. For example, one would take 5 students from the class, and I would go through the same work as the main lesson, but in a smaller group. Another would have me write phrases and practise the pronunciation with the students.

I also taught some of the students guitar whilst at the school, simply because they were all so eager to learn, a concept that seemed totally foreign to me before I started there. The school even organised gigs during the day over the term, which I gladly took part in. I can honestly say it’s the most fun I’ve ever had at school!

After 6 weeks of teaching in Secundaria 35, the school broke off for the summer, and I started another teaching course at the CUCS Medical School, as part of a summer-school course. This time around, I was teaching adults who were a little more advanced, at times completely unassisted. As daunting as it first seemed, I’m thrilled that I got the chance to gain a wider range of teaching experience.

Even though I hadn’t planned it originally, I ended up taking a week out to go travelling before I started my course as CUCS. It allowed me to travel over to the east coast to Playa Del Carmen and Tulúm, and then south to Palenque to see the Mayan ruins, something I always wanted to do but never thought I could. Unfortunately, I arrived on the east coast around the same time as Hurricane Alex, but I wasn’t going to let that rain on my parade (no pun intended).

Once I returned to Guadalajara and the CUCS summer school was over, I managed to squeeze in some experience teaching at an orphanage with complete beginners, who had never spoken English before. I also travelled up to the Conservation Project and stayed with the guys at the Turtle Camp for a few days, which was a great time and a nice change to teaching.

One thing I loved about Projects Abroad in Mexico was the volunteer community that it produced. I became friends with countless volunteers from all around the world, and I still keep in touch with many of them now. I lived with 4 volunteers in total during my stay, and learnt a lot from them all. In fact, the lessons learnt while I was out there have since proven to be invaluable. To say I’m happy I decided to go would be a huge understatement, and I would gladly do it again. 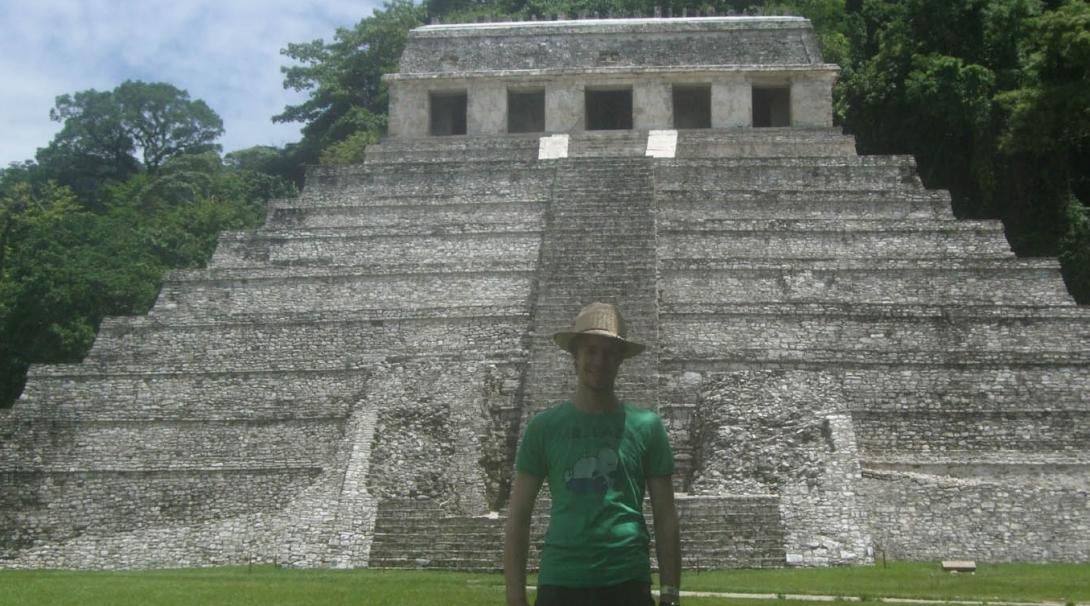